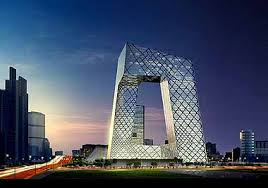 Remmert Koolhaas was born in 1944 in Rotterdam, where bombing in World War II had erased, as in Berlin, the image of the historical city. With his family he moved to Jakarta, Indonesia, in 1952 and staying until 1956, and then to Brazil, where he admired the works of Oscar Niemeyer. Back in Holland he would often spend time drawing in the architecture studio of his grandfather, Dirk Roosenburg. In 1963 he began to work for the weekly of the Dutch liberal right, “De Haagse Post”, doing layout and writing on cinema, literature, music, politics, sports, sexuality, art and architecture (including articles on Hendricus Theodorus Wijdeveld and Le Corbusier, as well as interviews with Constant Nieuwenhuys and Federico Fellini).

Like the rest of the editorial staff of the weekly, Koolhaas tried to purge his work of any comment other than description of the facts. Interviewees, for example, were asked no questions but simply shown a microphone, as if to comply with Surrealist tenets of automatic writing. “Not moralizing or interpreting (art-ificing) the reality, but intensifying it. Starting point: an uncompromising acceptance of reality”, the artist Armando advised, defining the approach of the journalists of “De Haagse Post”, outlined in greater depth in a guide written with the poet Hans Sleutelaar for the composition of articles.1.

In this same period Koolhaas joined the group of filmmakers “1,2,3,Groep”, with Rene Daalder, Jan de Bont, Kees Meyering and Frans Bromet, and the Nederlandse Filmacademie, directed from 1968 to 1978 by his father, Anton Koolhaas, a writer, journalist, draftsman, author of screenplays and fables with animals as characters. With the “1,2,3, Groep”, Koolhaas took part in the production of films, writing screenplays and occasionally acting (1,2,3 Rhapsodie, 1964; Body and Soul, 1967; De blanke Slavin. Intriges van een decadente zonderling, 1969).